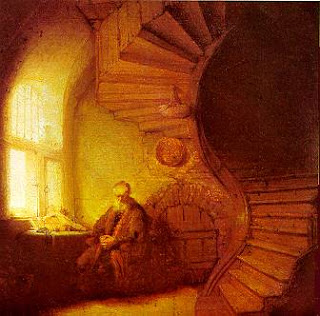 One of the things that is joyous about being Catholic is that you are practicing a religion that is not only as ancient as the Romans, but has it’s roots in the Hebrew religion which goes back another 2000 years. How cool is that?

So when you participate in the holy sacrifice of the Mass you are connecting with the religion of the ages, but also with the glories of Baroque, the culture of the Middle Ages, and the grandeur that was Rome. When you practice the devotions of the church you pray with the saints down the ages, and most of all, you embrace a super naturalism which run deep and connects you with the deepest strains within the heart of humanity itself.

So to be a Catholic and to be thoroughly super naturalist is not to run contrary to the modern world, but simply to run counter to materialism as it existed in every age. To see with supernatural eyes is to simply see through the materialistic assumptions and the cynicism of any age in which you live. It is to believe and perceive what others cannot or will not believe and perceive.

In other words, it is to be a mystic in a materialistic world.

And does this not give you a sense of joy?