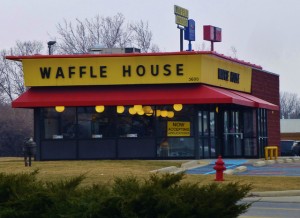 This is code for “let’s get together and talk about the dwindling number of things on which we agree.”

Once again our heroes have come up with an “agreed statement”. Unfortunately the article doesn’t have much detail about the statement itself but there is a link to another document which explains their modus operandi.

…It examines common theological principles that Anglicans and Catholics share, and the differentiated structures, based on these principles, by which they make decisions. This method invites both traditions to repentance and conversion, by looking at what is underdeveloped or wounded in themselves. It is also predicated on the belief that in our dialogue partner we meet a community in which the Holy Spirit is alive and active. We can therefore ask firstly, where our communities are in need of reform, and, secondly, what we can learn from the our dialogue partner to help us in this growth. The Commission described this process as “receptive learning”.

Excuse me while I yawn.

I got used to this sort of waffle when I was in the Church of England. The theologians would scoot off to an all expenses paid junket to some locale on the continent where they would all talk earnestly about church unity while they  tiptoed around the brontosaurus  in the room.

The particular dinosaurs I’m thinking of are women’s ordination, same sex marriage, abortion, divorce and remarriage, and doctrinal heterodoxy of all kinds.

In ecumenical discussions these aspects of Anglicanism are treated rather like the crazy aunt you have chained in the attic. If you should happen to mention the subjects to liberal Catholics or Anglicans you will realize very quickly that you have committed an unpardonable social error. It’s like you broke wind in Buckingham Palace.

What happens to these “agreements”? If it is a formal document it is taken back to the Church of England General Synod where it is usually thrown out by the Evangelicals who are still deeply suspicious of Catholics, and by the Liberals who despise Catholicism even more.  The Anglo Catholics are a spent force–the ones who cared about unity with the Catholic Church have all—errm, become Catholics.

As for the Catholics, most of them have never heard of ARCIC.

In fact, most Catholics have never heard of Anglicanism.

Is it a good thing for ARCIC to continue? Can these dry bones live?

I think it should keep going. For all its faults, an open door is better than a closed one.