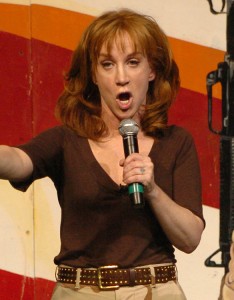 Anybody who reads this blog knows I am not a fan of Donald Trump, but the “beheading” stunt of Kathy Griffin was not only outrageous and offensive, but it was simply overwhelmingly stupid and crass.

Here are ten things Griffin might have considered before she took part in such an idiotic enterprise: