Are Catholics Just as Divided as Anglicans?

Are Catholics Just as Divided as Anglicans? 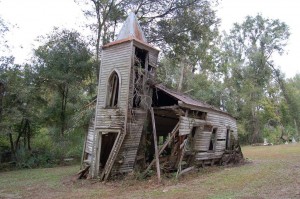 A comment on the recent announcement that global Evangelical Anglicans are starting up their own “parallel church” has brought the observation that “Catholics are just as divided as Anglicans although they have maintained authoritarian “unity”.

I suspect this comment comes from an Anglican, and it is the sort of thing I once believed.

The Catholic Church was truly global and diverse in a way I could never have imagined as an Anglican.

However, it was true. There was division and differences within the Catholic Church.

Soon after I became a Catholic a Catholic priest said to me, “You know you will find the same level of division and difference within the Catholic Church as you have in the Anglican Church.” He meant that you would find liberals and conservatives.

I stopped to correct him.

“I don’t think that is true. May I ask you a question Father?”

“Among all your fellow priests there are differences of opinions and styles correct?”

“I believe most of them do.”

“Furthermore, even when they are in dissent and they don’t like what the pope says and they have doubts about the sacrament and they disagree with the church on women’s ordination. Even so they still–even by their dissent prove that they know these things are what make Catholicism Catholic. In other words, despite divisions and differences of opinion there are some basic, rock solid, foundational truths that Catholics agree on–even when they dislike them or don’t understand them fully.”

“You must understand that this is not the case in Anglicanism. Continue Reading