Bully Me Bully You

Bully Me Bully You 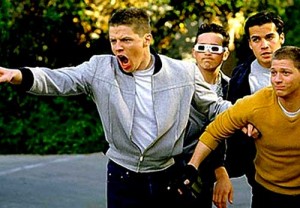 Being a victim is fashionable—ironically, becoming bullied is now the best way to bully others. It works like this: If you want to move forward in the world, make progress for you and your tribe, further your ambitions, justify your immoral actions, grab a bigger piece of the pie, and elbow others away from the trough, simply present yourself and your tribe as victims. Once you successfully portray yourselves as a poor, outcast, persecuted, minority group you instantly gain the sympathy of all.

The first key to success in this campaign is to portray your victim condition as something over which you have no control. This is clear when the victim group is a racial or ethnic minority. The same sense of unjust destiny has to be produced for other groups. So the feminists have exploited the technique to portray all women as downtrodden. Homosexual campaigners have likewise insisted that their condition is something they were born with, and now anyone with a sexual proclivity that is other than heterosexual can be portrayed as a misunderstood and persecuted victim.

People suffering from any kind of illness, disability, or misfortune are victims of some sort of injustice, cruelty, or neglect. Those who suffer from poverty, addiction, broken families, psychological problems, emotional distress, or just plain unhappiness are victims too. The victim mentality is linked with an entitlement culture: Someone must be culpable for the unhappiness of the victims because someone should be responsible for making them happy.

It charts how playing the victim has become first a ploy to gain sympathy and then a tool to bully others.