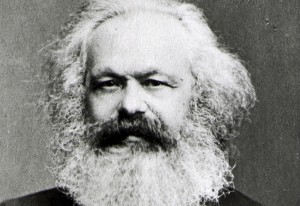 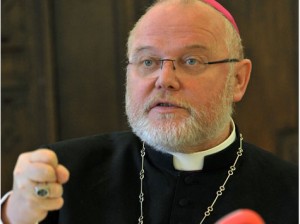 Conservative Catholics bite their nails when connections are made between Marxism and Pope Francis. They’re nervous about the recent beatification of Archbishop Romero because they worry that he was a secret devotee of liberation theology. They’re not very happy with some of Pope Francis’ appointments to his Vatican Fellowship of the Ring–the nine cardinals he has chosen to help him rule the church. Cardinal Oscar Maradiaga is an obvious bete noir.

Now they have another Marxist to worry about.

Like some sort of bad dream they not only worry about Marxism, but that have one of the Marx brothers himself in the pope’s inner circle.

Cardinal Marx has written a critique on capitalism like his namesake. It’s even called Das Kapital – A Plea for Man. I haven’t read the book, but from the reviews we learn that Cardinal Marx’s criticism of capitalism is harsh. He favors the European social welfare state solution. Every good Catholic should share his criticism of what he calls “turbo capitalism”–that is unrestrained capitalism, but my problem with all such critiques from churchmen is that they focus on temporal solutions rather than spiritual ones.

Surely, when it comes to social teaching we clergy should focus not so much on the evils of this system and the strengths of that system, but on the underlying human condition which is greed and lust for power. Does Cardinal Marx really think the European socialist system is the economic magic wand? The problem is that European socialism, like American capitalism is run by human beings and human beings are greedy, lazy, corrupt, power hungry and crooked. The European socialist system is burdened down with these problems just like capitalism is. Instead of writing books urging a change in an economic system shouldn’t a priest be drawing our attention to the greed, corruption and theft that leads to violence and social breakdown?

And this is where my main concern with the Catholic Marx brothers lies, it is a deep down problem and curiously it is the same problem with Cardinal Marx as with Karl Marx. Continue Reading