Cecil, Cecile and the Cowardly Lyin’

Cecil, Cecile and the Cowardly Lyin’ 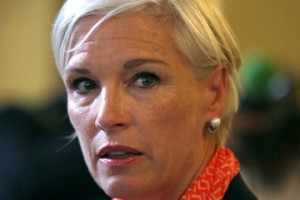 I have resisted the too easy observation that the world goes sadly angry about the killing of Cecil the Lion while turning away from pie dishes full of livers, lungs and limbs of dead babies.

Instead I am curious about the responses of Cecile Richards–the President of Planned Parenthood–and all the other abortion supporters. Cecile has stepped up to the cameras and mouthed the lies she has been told to mouth by her expensive PR handlers. She’s doing her Nazi best to cover up the gruesome truth. I hope you will excuse the Nazi comparison. This is used too often and too quickly, but if you watch Richards’ performances on screen you will realize that she is following the clear teaching of Joseph Goebbels who said, “The most brilliant propagandist technique will yield no success unless one fundamental principle is borne in mind constantly – it must confine itself to a few points and repeat them over and over.”

Apart from Hillary Clinton and Elizabeth Warren, most of the other supporters of abortion have ducked down and are waiting for the whole thing to blow over. Clinton, Warren and Richards are the ones who have taken the stage to pump out the lies that Planned Parenthood is “health care for women” and that the present campaign by the Center for Medical Progress is “a smear campaign planned by Republicans who are attacking women.” Be prepared for them to continue to repeat these lies ad infinitum, ad nauseum, ad Goebbelseum.

Why the lies? Because Planned Parenthood–and most of the rest of our society are simply too afraid to look in the mirror and see who we really are and what we have become. The fact of the matter is that American women (and all the Planned Parenthood staff in the videos are women) are involved in a multi million dollar industry to rip unborn babies from the wombs of their mothers. Women then slide the shredded babies into zip lock bags and pop them into the freezer for later dissection, selection and sales. We’ve now learned that if the baby is “delivered intact” it gets the top dollar because it can be dissected and “specimens” can be recovered whole.

The Planned Parenthood PR experts would like to portray the women who do this work as brave pioneers. They are the ones who have the courage to do what must be done to “help women.”

What is cowardice? At heart it is taking the easy way out. It is the fear of standing up for what is right.

Cowardice does not begin with a big decision. It begins with the small compromise, the seemingly insignificant decision, the minor disobedience.

Then when we justify our cowardice and compromise in that small thing we will find it easier to compromise when the next, larger challenge presents itself.

The women dissecting and selling baby body parts in Planned Parenthood probably never thought they would be involved in such a business.

It happened gradually. They had a good job offer. They convinced themselves they were doing good for women. They accepted the lies. They blinded themselves to the truth and bit by bit they have ended up as the ghoulish gravediggers for  Dr Frankenstein of our day.