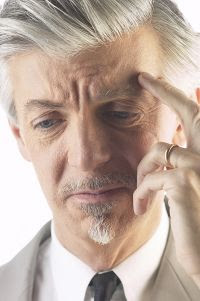 How would you advise this person:

He is a mature, intelligent and well read non Catholic Christian. He understands the Catholic faith better than most Catholics. He is attracted to the Catholic faith. He is frustrated and fed up with his experiences in Protestant Christianity.

However, he still has difficulties over some doctrines and disciplines of the Church. For the sake of argument, let’s say he has trouble with HumaneVitae and the dogma of the Immaculate Conception. He doesn’t actually disagree with the Church’s teaching, mind you. He understands it and doesn’t mind if Catholics believe it. He actually admires them for believing these things, but he honestly thinks Humane Vitae is right, but unworkable. He understands the logic of the Immaculate Conception, and doesn’t deny the doctrine outright, but he just can’t bring himself to say, “I believe it!” with full enthusiasm. He also has problems with some Catholic customs. He’s not attracted to the rosary, finds indulgences a bewildering church invention and can do without most of the ‘Catholic clutter.’ Beneath it all, however, he is attracted to the liturgy, the teaching authority of the Church, the history of the church, the lives of the saints and the monumental stature of JP2 and B16.

Could this person become a Catholic? Could he write off his difficulties as insignificant, go to the bottom line and say, “Shucks, I accept the authority of the Pope. I want to be a Catholic. I have my difficulties, but what the heck, if Rome has spoken, that settles it. I accept it. Let’s go for it.”

What do you think?