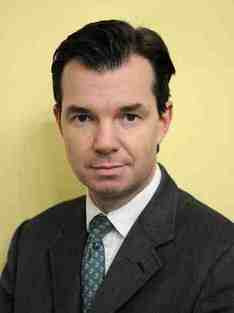 I have just returned from a fascinating and alarming symposium on the Secret Symbolism in Sacred Art which was held at the proto Cathedral of the Sacred Society of St Philibustre.  The proto Cathedral (which is dedicated to St Euphemia of the Five Wounds), is located in the basement of the home of our Archpriest, the Most Reverend Fr. Desiderata Arnaz, at 147a Magnolia Grove, Rocky Creek, Tennessee.

The Archpriest’s wife, Lucille, conducted the seminar, and began the discussions by showing us the disturbing film, Rape of the Soul. I am permitted to refer you to a clip from that film here. Mrs. Arnaz (nee Ball) is very well qualified to lead such symposia as she holds a degree in home economics from Buckboard Bible College. During the intensive study which led to the awarding of her degree, Mrs Arnaz also took a course in Art Appreciation. Among her other credits, Mrs. Arnaz has exercised a leadership role in the arts and crafts portion of our annual summer Vacation Bible School, which co-incided with the Symposium on Symbolism in Catholic Art.

Ever since high school I have been convinced that the number 666 is woven into our popular culture in many sinister and secretive ways. I discovered this one morning as I was enjoying breakfast with my Uncle Floyd at Denny’s. On the bottle of HP sauce there is a picture of the British Houses of Parliament designed by the freemason Giles Gilbert Scott. (Scott is related not only to the ill fated explorer Admiral Scott–who once studied astrology–but also to ‘Scotty’ from the famous New Age television ‘science fiction’ program Star Trek, and the famous writer of children’s books F. Scott Fitzgerald. In goes without saying that through the Fitzgeralds he is also therefore related to the Kennedy family) Well, embedded in the bar code on this bottle of HP Sauce, was the number 666, thus linking Satan directly to the entire British establishment) The number was upside down and one of the numbers was missing, but I realized instantly that the reason for that was an intentional attempt to disguise the number even further. That the same disgusting material has been infiltrated into the Catholic Church does not surprise me.

For some time now I have been in a running debate with some so-called Catholics who worship using the modernistic Tridentine Rite. In my paper, ‘Trent and Trenton’ I have shown that the so called ‘Council of Trent’ which some historians say happened in the sixteenth century, in fact took place in a Holiday Inn in Trenton, New Jersey in October of 1958. Since then the ‘Tridentine Catholics’ have been pressuring the Catholic Church to allow their particular modernistic form of worship which they pretend is ancient. The fascinating connection between the ‘Trenton Church’ and the development of the Trident Missile system has been shown to have international implications. New Jersey crime families, the military industrial complex, the Freemasons, vegetarians and gun control lobbyists have infiltrated to the highest levels of the Vatican through the ‘Tridentine Missal’.

They seem obstinate in their heresy, and will not listen to reason. I have tried many times to engage them in gentle dialogue in order to show them the beauty, antiquity and intrinsic superiority of the Western Ambrosianic Rite (non collegian) but they still insist that the innovation of the buttoned maniple is still valid, when all the scholarship clearly shows that the be-ribboned maniple is the true garment of antiquity. Other important debates, such as the validity of the liturgical use and spelling of ‘Domino’s’ (sacrilegiously used to name a Pizza pie company) are adroitly avoided by them. the Chancellor of the Sacred Society of St Philibustre, Major Donald Rickles (ret’d). says this is because they will not enter a fight they know they will lose.

I did not have the opportunity to bring up the question at Mrs Arnaz’ symposium because I had to leave early to prepare the targets for the Annual Childrens’ Riflery competition and Rattlesnake Barbecue with which we always conclude our Vacation Bible School. However, I found it very interesting indeed when I was viewing film footage of the World Trade Center collapse, that hidden within the clouds of ash and smoke there was a clear image of a priest’s arm wearing a buttoned maniple. Could anything be more obvious of Our Lord’s displeasure? I think not. I shared this insight with  Major Rickles while we were barbecuing the rattlesnake kebabs.

The Major was fascinated and told me that recent investigations have indicated that not only were the 9/11 ‘attacks’ orchestrated by the Bush family, but George Bush Snr. and Bill Clinton worked together on the project while attending the secret, elitist camp called Bohemian Grove. It turns out that a certain Bill Clinton was actually in Boston on the day of the attacks and was in the airport when the planes disappeared from the radar. It has also been discovered that Mrs. Clinton made three phone calls that morning to her landscape gardeners–a company that openly advertises that they ‘plant bushes.’ No doubt this is a cover for a CIA black ops outfit.

There will be more on the disturbing discoveries in our next issue.