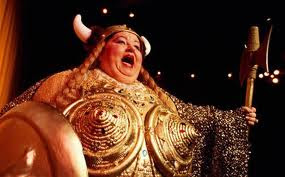 This is good. They’re being honest and taking the whole thing seriously. However, one of the problems is that the Protestant (even when he doesn’t know it) has an underlying critical attitude–especially when it comes to Catholicism. That is to say, deep down he has a belief that Protestantism can’t possibly be true. Even when he has started to be fair to Catholicism and is even attracted to it he still holds back because that deep seated prejudice is still very strong.

It’s understandable. That’s why if you are talking with non-Catholic friends or family members about the faith you have to be patient. This deep prejudice is written into the genetic code of Protestants because it is written into the genetic code of Protestantism. Protestantism is a breakaway from the Catholic Church. It’s invention was a reaction against Catholicism. It’s whole theology and worship and liturgy and ecclesiology and therefore its whole understanding of God, Jesus Christ, the Bible, the world and everything is a reaction against the Catholic world view.

Therefore real, solid and in depth conversion takes a lifetime. Converts of many years still find themselves struggling with a basic aversion and distrust to things Catholic. It happens to me. I love the Catholic faith, but when I’m presented with some new devotion or Catholic custom I am, more often than not, likely to reject it rather than accept it.

When this happens I have to remind myself of the little dictum that changed my life: It is a quote by F.D.Maurice: “A man is most often right in what he affirms and wrong in what he denies.” This is wisdom: it means that when we are denying we are usually cutting ourselves off from something which is good and useful and beautiful and true. It must be all these things or good people wouldn’t hold to it.

In college I joined the opera chorus against my first inclination. But when I thought about it I came to the conclusion that lots of decent people, people more educated and wiser and older than I seemed to like opera, so maybe my dislike of fat ladies bellowing in Italian was something I ought to get over. So with an open mind I joined the opera chorus and learned to like Puccini, who’s worth was much more than the music I had loved up to that time.

Same with religion. When confronted with something new we all need to have an open mind and open heart and realize that God has far more goodness and truth and beauty in store for us than we can ever imagine, and we should stop being so picky.