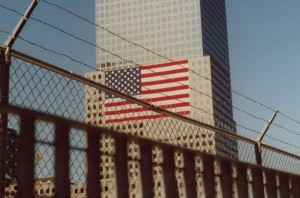 Why are so many Americans in a condition of confusion, fear, suspicion, anger and rage?

It is because of our disproportionate and disordered understanding of freedom.

Its like that is the only virtue Americans know about anymore.

But freedom like all virtues, is a delicate, vulnerable and hard won thing, and if it is not hard won, then it is not a virtue, it is a slogan.

It is a jingoistic slogan when we invade other countries with our vast military might and declare that we are “fighting to bring them freedom.” What on earth does that mean, and since World War II  have we really ever brought anyone freedom by invading their country? I wonder. When our soldiers come home in coffins or are permanently disabled or so suffering from PTSD that they put a bullet in their head we say, “He died defending our freedom.” Did he? Or did he die to “protect our vital national interests” which means dominating other countries for economic and political motives.

Don’t get me wrong. I am as much in favor of freedom as the next person. In fact my problem with Americans’ love of freedom is not that they love freedom, but that they don’t love it enough.

What I’m getting at is the true definition of freedom. If we do not hold to a true understanding of freedom, then we are following a lie and lies always lead to bondage and enslavement.

Those who think past the jingoistic slogans will say “Freedom is linked with responsibility. We are freed to do as we ought.”

That is certainly a step in the right direction, but the Christian understanding of freedom is more profound than that. Freedom is not only the freedom to do what is right, but freedom is the ability to become truly free as God himself is free.

This puts a new slant on the subject of sin. We often think sin is just doing bad things–doing things of which we are ashamed–doing things that make God and others angry or unhappy with us. This is an immature understanding of sin. The definition of sin is “missing the mark”. “All have sinned and fallen short of the glory of God as St Paul says. Sin is therefore anything that keeps us from becoming the fully perfect and glorious individuals God created us to be.

Freedom therefore is not simply not sinning, but not wanting to sin. Continue Reading