From the Fury of Liberal Intellectuals…

From the Fury of Liberal Intellectuals… 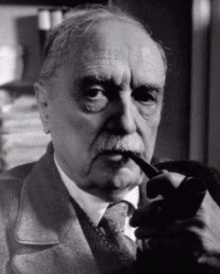 My latest blog post over at National Catholic Register expresses my opinion about the attack on my friends and fellow converts Ross Douthat and Edward Pentin by a gang of elitist intellectual bullies.

One of the things in which I rejoice is that the Catholic Church’s direction is determined by the successors of the apostles and not the successors of Rudolph Bultmann.
For those of you not in the know Rudolph Bultmann is the grandfather of all liberal theologians. The Lutheran revisionist, modernist Biblical scholar was famous for attempting to de-mythologize the New Testament and said that he believed practically nothing could be known about the historical Jesus.
If you want to have a career in theology or Biblical studies today you still (for the most part) have to bow down at the altar of St Rudolf Bultmann. That is why the sniffy letter to the New York Times from a cadre of Catholic theologians about journalist Ross Douthat has about as much gravitas as cotton candy has nutritional value….
…Thankfully the shepherds of the Church are not all American theologians. Instead they come from the far corners of the globe where they have worked as religious, teachers, priests, theologians, missionaries and pastors. They know the Church because they know their flock. Despite there being Europeans who would try to undermine the Catholic faith, the majority of the synod fathers know they are guardians and stewards of the mysteries of God, and they have taken their responsibility seriously and prayerfully. They know the Church as a general knows the battlefield—because he has fought on it. The academics think they know the battlefield because they have read books about it.
The other category of people who know the Catholic Church well are converts. While I admire and respect the cradle Catholics, they sometimes take their family home for granted. They are sometimes too close to see its real faults or its strengths, and often behave as rebellious teenagers. Converts can see the Catholic Church’s strengths and weaknesses in a way cradle Catholics cannot.