From the Pious Puppy Dog…

From the Pious Puppy Dog… 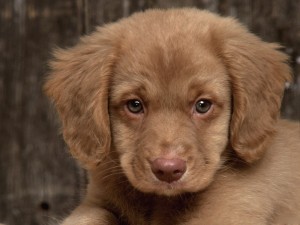 I hope you will excuse me from venting, but has anybody else noticed the rise of what I call “the pious puppy dog”?

The pious puppy dog is the kind of Christian who seems to be nothing but fluffy sweetness and light and happiness and goodness all the time. 24-7.

He always has a kind of sweetly sad expression on his face.

Always sympathizing with everyone who is a victim and always “deeply concerned” about those who do not care as much and give as much as he does, the pious puppy dog sees his Christianity as a kind of candy machine. I’m thinking of  Pez dispenser with the head of Jesus on top.

I have to admit. I have trouble keeping patience with the pious puppy dog Christians.

It’s because I don’t believe them. They’re phony.

It’s all too good to be true. Nobody’s that nice all the time.

Too often their sweet compassion doesn’t really help people. It just encourages dependency. Like all candy–it tastes good but it’s not nutritious and it rots your teeth.

Furthermore, I’ve noticed that beneath their “niceness” they’re actually just as bigoted, close minded and self righteous as I am.

I realize that I have the reputation sometimes for being Mr Grumpy…the scary Curmudgeon etc etc. but when I get to know the pious puppy dogs they have their bad days too.

They just pretend they don’t.

They have their pet hates, their prejudices and their grumpy grumbles just like I do, but they cover it over with cotton candy facade.

I’ll be blunt. I not only don’t like the pious puppy dogs. I think they’re dangerous.

They’re dangerous because they are telling people by their example that this is what Christianity is all about: that it is about no more than being a sugary sweet do gooder…and that’s a nice enough gospel.

But it’s a false gospel.