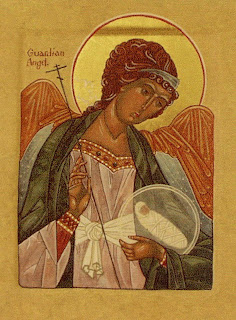 My parents were driving home from the youth club they ran every week. It was late and they were making their way down the country lanes of rural Pennsylvania. I was asleep in the back of the station wagon with my older brother and sister–all of us little children.

My Dad said as they came over the brow of the hill they saw in the distance another car coming at high speed directly in the oncoming direction. The country lane was only wide enough for one car. There were steep banks on either side, and they knew that as they went down into the dip the oncoming driver would not be able to see them.

There was no place to turn. There was no space to get over to let him pass. All of this happened in a split second. Sure enough, the car came over the hill and my mother and father, sitting up front, said later that they braced themselves for the impact. They even saw the shocked and terrified face of the other driver as he prepared to crash into them head on at high speed.

Next thing they knew they were looking out the back window of the car at his fast receding tail lights. There was no way he could have got around them. There was simply no space for two cars. Instead, one car passed through the other, and went on its way. The laws of physics as we understand them were suspended for a moment and we were delivered.