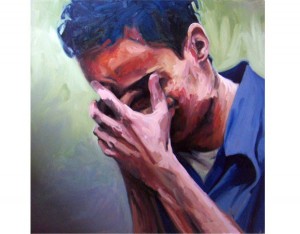 Why do you go to confession anyway?

There’s a first level of repentance which is simply duty. The church says you should go to confession at least once a year. So off you go. You stand in line. You “make your confession” but it’s a superficial grab at some top level sins. Maybe you aren’t even aware of the difference between mortal sin and venial sin, so you trot through a little list. You’re not sure you’ve really done much wrong at all, and you go through the motions.

You’ve not really examined your life or the state of your soul in any depth. You are still living “the unexamined life”.

It’s better than nothing, but it’s not that great a confession you have to admit it.

So maybe you want to go a little deeper and so you begin to really think things through. Now you’re coming up with the next level of confession. It’s what I call the “shame, guilt and fear” level. You confess your sins because you are ashamed. “Did I really do that!? That’s really tacky. That’s really low down. Yuck.” Shame is fine, but it is still low level confession because let’s face it, shame can be just another form of pride. You can’t believe you did something so dumb and dirty. You’re better than that right? So that level of shame is okay, but we’re not down to what I call deep repentance yet.

At this level you also fee guilt and fear. Guilt because you know what you’ve done is bad, but your guilt is really linked with fear–the fear of getting caught. “Geesh, I did that! What if other people find out? What if I get caught? What if my parents find out? What if my spouse or my boss or my kids or my friends find out?

This kind of guilt and fear is selfish right? Maybe you’re not really repentant about the sin, but you sure feel bad with the idea that you’re going to get caught. That is a level of guilt, but not a deep level of guilt and furthermore–it is self interested. Would you still do the sin if you knew you would never be found out? Maybe.

The level of repentance really needs to go a lot deeper than self interested fear and guilt and shame.

Furthermore, the level of guilt, fear and shame you feel is not necessarily an indicator of the seriousness of the sin. Objectively speaking it is very possible to commit a serious mortal sin and not feel guilty or ashamed about it at all while it is also possible to feel very guilty and ashamed of something which may be only a venial sin.

So, for example, you might stumble and fall into a sexual sin with another person about which you feel very ashamed, rather frightened, upset and guilty. But if you didn’t plan it, and if the sin was not intentional, even though you feel very guilty and ashamed it may not actually be a mortal sin.

On the other hand, you might skip mass because you can’t be bothered, and then compound it by skipping Mass on a second opportunity and you may not feel guilty or ashamed at all, but you’ve committed a mortal sin: serious matter. full knowledge and full consent were there. Hmmm.