What Does it Mean the Church is “Apostolic”?

What Does it Mean the Church is “Apostolic”? 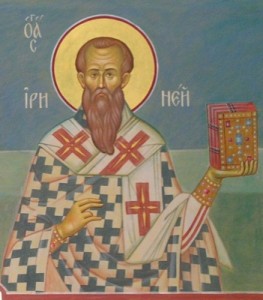 One of the lines I love most about the first Eucharistic Prayer is the prayer for the Catholic Church and all bishops who ‘preach the Catholic faith that comes to us from the Apostles.’

In the creed we profess “One Holy Catholic and Apostolic” Church, and in my discussions with non-Catholic Christians from Reformation communities, I have asked what interpretation they put on the creed as they are not Catholics, but still profess to believe in ‘One Holy Catholic and Apostolic Church.’ How can they say they believe in the Apostolic Church while rejecting apostolic succession?

The reply is that they hold to the apostolic faith. They believe and preach a Scriptural faith that is the ‘faith once delivered to the saints’. Their faith is the faith of the apostles, and therefore their church can be called an “apostolic church.”

Well, yes and no.

The curious Catholic wants to ask, “How do you know your faith is, in fact, the faith taught by the apostles and not some well meaning later distortion of that faith?”

The curious Catholic wants to ask, “If your religion is the faith taught by the Apostles, how do you know it is the correct version in the face of tens of thousands of other sincere Protestant denominations?”

Catholics want to probe a little bit and ask, “How can the faith you practice be that of the apostles when it leaves out so much of what we know the very early Christians (who were but one generation removed from the apostles) believed and practiced?”

Further: “Where did you get this faith you call the apostolic faith? We hear you say it comes from the Scriptures, but doesn’t it really come from the Catholic Church–which held that faith for 1500 years before the Reformers developed their own reduced, low calorie version of it? For that matter, would you even have the Scriptures which are the foundation of your faith if the Catholic Church hadn’t first decided just what those Scriptures contain?”

Leaving those questions aside, we can be positive about the proposition and suggest that there are five ways in which a Christian community can be apostolic.

1. It is possible that a Christian community, preaching the simple gospel of repentance, faith and baptism from the New Testament, does indeed, preach the apostolic faith. In this all can rejoice. It is, if you like, the first level of apostolicity.

2. Another church may add to the preaching of the apostolic faith a deeper connection with the tradition. They may acknowledge some sort of church governance which includes ordination of clergy, some sort of “sacramental” life, and they may affirm the historic creeds. A Christian community of this sort could claim a second degree of apostolicity.

3. Added to this, some Christian communities have bishops. They believe in apostolic succession and claim that, in some way, their bishops have authority from the apostles themselves. Even if their claims to apostolic succession are bogus, they at least affirm this third, and more complete, understanding of apostolicity.

4. A more complete and full understanding of apostolicity is a church that really does have, not only the apostolic faith, and a continuity with the creeds, but also has valid episcopal succession.

5. However, the fullest understanding and affirmation of ‘the Apostolic Church’ is, as St Irenaeus (who knew Polycarp who was instructed by St John) wrote around the year 180:

“the greatest and most ancient church…which was established at Rome by the most renowned Apostles Peter and Paul. This tradition the church has from the Apostles, and this faith has been proclaimed to all men, and has come down to our own day through the succession of bishops. For this church has a position of leadership and authority; and therefore every church, that is, the faithful everywhere, must needs agree with the church at Rome, for in her the apostolic tradition has ever been preserved by the faithful from all parts of the world.”