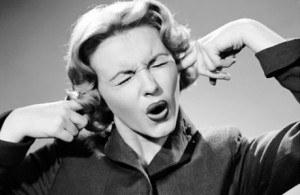 Russel Saltzman is another Lutheran coming into the Catholic Church and finding the transition to be painful.

Like most of us from the Anglican and Lutheran traditions he is aghast at the poor quality of music in Catholic parishes.

Furthermore he looks around and instead of joyfully singing Christians he sees dour expressions, arms crossed body language, indifference and a kind of stubborn and defiant attitude. “I’m a cradle Catholic. Don’t you dare try to make me sing….”

Now don’t get me wrong. I love the Catholic Church. I love my fellow Catholics. However, converts do bring gifts, insights and perspectives into the Catholic Church. We may be the new boys, but it’s okay if we point out a few deficiencies in a spirit of loving correction.

Russel’s right. Compared to our former experiences music in Catholic Churches is awful.

Russel grumbles here at First Things with an amusing dialogue between the Lutheran pastor convert and his new Catholic priest.

Q: Let’s get right to the point. Why are Catholics such poor hymn singers?
A: It’s because we don’t have enough Lutheran converts.

Q: The hymn singing I hear hardly amounts to a “joyful noise.” Sounds more like plaintive squeaks from depressed marmosets.
A: Bless you, my son, for your candor.

Q: First thing I’d do, I’d make sure the hymn numbers in the little folder do in fact match the actual numbers in the hymnal.
A: There are many things we must simply accept as beyond human control.

Q: You must shame them to better singing. Denounce them and lash them with zest. Shaming is such a neglected part of parish leadership.
A: Uh huh.

Q: Yes, tell them right up front during announcements their singing stinks, that it is an embarrassment to the Hosts of Heaven. You must tell them the angels no longer veil their faces in awe of the Almighty, but out of indignation at Catholic singing.
A: Go on.

Q: And then tell them any nine little old Lutheran widows can sing better than the whole lot of them.
A: How about if I said eight Methodists on walkers?

Q: That’ll work. You tell them how to sing: Stand up straight, hymnal front and center, lungs filled, voices projected up and out, like they want to praise God in song.
A: And after that?

Q: Try them out on a couple verses of A Mighty Fortress and see if they haven’t improved.
A: I get the idea. But it’ll never work.

Why oh why is the music in American Catholic Churches so awful?