Must Christianity be Dogmatic?

Must Christianity be Dogmatic? 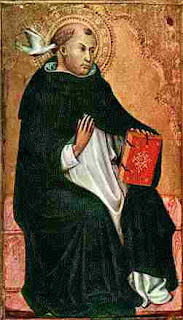 One of the major objections to Christianity in the modern world is that it is a dogmatic religion. That is to say, Christians have formulated truth in intellectual propositions. Many people find this unacceptabel for a variety of reasons.

First, it is objected that dogma divides. As soon as you set down a truth in an intellectual proposition you put a wedge between Christians of good will who disagree about the truth of that proposition. This dogmatical division, it is argued, is what makes Christianity so divided. If we could simply leave dogma on one side, then we would all be able to get back together.

The second objection is linked to the first. Here is is objected that an intellectual, verbal proposition of truth is, by its very nature, limited and totally inadequate. The truths of faith are vast and cosmic in their dimensions. The mystery is far to great and awesome to be contained in verbal proposition. It therefore squashes faith into a tiny package and people are content with their little dogma and never go further to the life of faith.

The third objection to dogma is connected to the second: that it is irrelevant. These tiny and limited propositions of faith only serve to narrow the vision and spiritual life. The reality of life in Christ, the abundant life, the life of the Spirit, the life of faith and love–all of this is cramped and confined and limited by this troublesome thing called dogma. One needs to set out on the adventure of faith with Christ unfettered by denomination boundaries, dogma and narrow definitions.

A fourth objection is that dogma is a cultural and historical construct in the first place. Particular dogmas were defined and verbal propositions were constructed to address particular historical and cultural dilemmas and controversies. They may have been useful at one time. They are not longer useful. Furthermore, the language of the propositions was conditioned by the philosophical and cultural perspectives of the time, and these things change. A Thomistic defninition of transubstantiation, for example, is virtually meaningless to modern man, not only because we don’t operate in a  medieval mentality, but also because terms themselves like ‘accident’ and ‘substance’ and ‘essence’ are either meaningless, or they mean almost exactly the opposite of what they meant then.

A fifth objection to dogma is that it is culturally determined and therefore limited. The propositions of the Christian faith were developed in the ancient Middle East or in medieval Europe. What on earth could they possibly mean to 21st century man in New York or New Delhi or Mexico or Moscow or Milan?

The final objection is that of progressivism. We have moved on from the need for dogma, say the progressivists. Now we are more spiritually liberated and we understand that dogma is for those of weaker minds and lower spiritual development. This is linked with syncretism and eclecticism, “Now we can exist in spiritual freedom, drawing from the fountains of many differents spiritualities, and producing our own amalgam of spiritual paths to inspire our journeys.”

One can be sympathetic to these objections, and certainly when religion becomes all dogma and nothing but dogma, the result is a deadly kind of intellectual legalism. The letter of the law brings death. The Spirit brings life. However, recognizing the importance of dogma is not necessarily deadly anymore than the existence of civil law is death to a society, and this is a good analogy. A civil society needs the rule of law in order for the freedom and justice to prosper. The rule of law can turn into tyranny, but it can also be the very thing that liberates from tyranny and grants true freedom.

The same is true of dogma. A society needs law. A body needs a skeleton. An essay needs an outline. A journey needs a map.  To fly you need wings. To sail you need a rudder. To dance you need rhythm. To sing you need a scale. A vine needs a trellis. True love demands a marriage.

Dogma is like this for religion. It is not the journey, it is the map for the journey.

Dogma makes an ephemeral faith concrete and solid. It provides an intellectual explanation and structure by which one experiences the mystery which is far greater than we can imagine. But throwing away dogma is like being in prison and trying to climb up to look out a high window, but not bothering to use the ladder which is available.

All of this explains why dogma is useful, but there is more to it than that. Christianity is the most specific and dogmatic of religions by virtue of the incarnation. We believe that in the fullness of time God sent forth his son, born of a woman. (Gal.4.4) That is to say, the universal became local. The cosmic became particular. The everlasting Man became a mortal. This is what the theologians call ‘the scandal of particularity.’ Could it be true that all that was eternal became focussed and particular? Can it be true that what was cosmic in dimension was born in a stable in Palestine during the time of  the Roman Emperors?

Indeed, and this is why everywhere and in all times Christians have insisted on dogma, just as they insist that all other particular things matter. They say the devil is in the details. Christians say the Divine is in the details. Except you be faithful in a small thing you shall not be faithful in a great thing. If a person cannot be bothered to struggle with dogma and to work their way through the minutiae of their faith can they really be expected to master the greater journey?

So dogma is necessary–not because the journey of faith is unimportant but because it is most important, and dogma, rather than holding one back from the journey–provides the map so that journey can be undertaken with all due speed and diligence, accompanied by the fully panoply of dogmatic teaching of the church, and under the protection and with the guidance of all the saints who have walked this path before us.