My Interview With Roma Downey

My Interview With Roma Downey 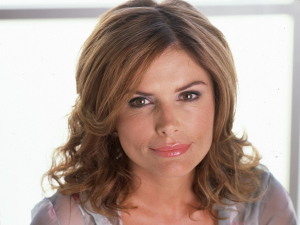 I have to admit, I don’t watch TV and I was living in England when Touched by an Angel was a hit, so I didn’t really know who Roma Downey was.

I’ve since been told that she’s a pretty famous TV star and with her husband Mark Burnett a big Hollywood power broker.

So I was pleased to have the chance to chat with her on the phone for a half hour about their new TV series A.D. The Bible Continues.

My article about the conversation is published this morning here at CRUX.

I asked Downey about the new project. She said the film, based on the Acts of the Apostles, picks up the story from the death and resurrection of Jesus and goes through 12 episodes to show how a ragtag band of disciples conquered the Roman Empire.

Downey said the film has already had a fantastic reception and that they were intent on involving Catholic clergy and scholars as consultants from the beginning. Commenting on previews, Washington, DC Cardinal Donald Wuerl enthused, “A.D. is a triumph! It tells the riveting story of the very beginning of the Church with reverence and excitement.” Archbishops Charles Chaput and José Gomez are among other Catholic luminaries who have boosted the new series, while Catholic publisher Sophia Institute Press have produced a series of books to enhance the series and inform students and Catholic parishioners about the Acts of the Apostles and the early Church.

Downey was very talkative and enthusiastic about the project and was jetting off to Rome for her next project–filming the chariot scene for a big screen re-make of Ben Hur.