Of Herrings and Heresy

Of Herrings and Heresy 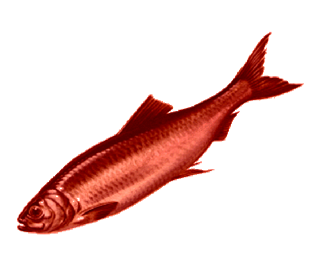 A red herring might be defined as a rhetorical device to distract someone from the real argument. There are three such relativistic devices–heresies or red herrings–that are used in our society constantly. They may be named the sentimental heresy, the utilitarian heresy and the political heresy. These forms of argument are, for the most part, subjective and relativistic.

The sentimental heresy uses strong emotions–either negative or positive–to argue the case. Now, I’m not about to argue about married priests pro or con. This is a post about forms of argument, so the following is just an example. So, for example, the sentimental argument in favor of married priests goes like this: “Father Bob is so lonely being celibate. He’s such a fine man, and a good woman and a beautiful family would make him happy. Think of all those celibate priests who go home every night to an empty house…” You get the idea.

The utilitarian heresy used for the same cause would be, “Father Bob would understand family life so much better if he were married himself. He would be a better priest because he would have a good woman to back him up, and she could earn a second income as well, which would be good!” In this case the argument seeks to show how a particular innovation would be more useful than the status quo.

The political heresy turns the debate into a question of human rights and justice and fairness. So for married priests the political argument is, “What right does the Pope have to ban marriage for priests? Don’t they have the right to be happy like anyone else? It’s unjust. Why do men have to take on celibacy just because they have a call to priesthood?”

These three forms of argument are okay when you’re dealing with genuine questions of human rights, or a genuine debate about the usefulness of an idea or when you genuinely want someone’s sentimental opinion about an issue. Where they become heresies is when they become the only argument, and when they are used in matters where sentiment, utility and politics are of secondary importance–there being a more important and higher priority of truth to be decided.

This is where Catholicism cuts through the muddy thinking. Catholics should understand that there is a hierarchy of truth, and that true teaching on faith and morals trumps mere sentiment, utility and politics every time. The subjective opinions expressed as sentiment, utilitarianism and politics are necessary, but they need to be enlightened and informed by the greater teachings of the Catholic faith.