Of Saints Celebrities and Superheroes

Of Saints Celebrities and Superheroes 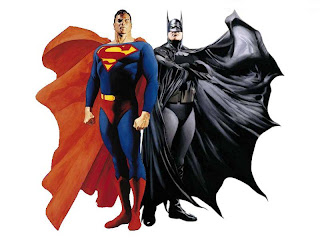 I have met some saints. I mean real saints, not just, “Oh, Mildred Horton, she’s a real saint.” sort of saints. I met Mother Theresa and bumped into Pope John Paul II once in the Vatican, but I’ve met a couple of other people who I’m convinced were genuine, authentic the real thing saints too. Both of them have died, and I believe they are in heaven fighting battles on earth just like the saints are supposed to.

These were living people who I met who are now saints, but I’ve met some of the other kind too–the ones who went to heaven long ago, and who you can make friends with here below. I’m thinking of Therese and Benedict and John Bosco and Francis de Sales. I’ve felt in touch with them. Known their wisdom and their friendship and their encouragement and their help.

It getting to know the saints it seems to me that they are the perfect antidote to the celebrity culture (or should I say cult) that so many in our world fall prey to. See, we want not just role models, but we want individuals who are greater than we are. We want superheroes, if you like. We want people who can do great things. We want people who are perfect who can be our models and our mentors. Sad children that we are, so many of us invest in a pop star or a movie star or a politician or a priest. We want that person to epitomize all our hopes and dreams. We want to live vicariously through them. We want them to be a superhero to us and stand radiantly tall as the model for us all.

Each saint is a unique and marvelous image of Christ fulfilled. How different are all the saints.  Therese Martin or Gemma Galgani or Maria Gorretti or Agnes or Lucy or Cecilia–little girls. Thomas Aquinas and Francis of Assissi and Bonaventure and Bruno–scholars and monks and mendicants. Or Francis Xavier and Maximillian Kolbe and Ignatius Loyola and Isaac Joques–missionaries and martyrs and men of steel.

These are the ones who are on our side, and next to them what is a celebrity? A pale counterfeit, a fake, a leaf on the wind.