Prepare for the New Puritanism

Prepare for the New Puritanism 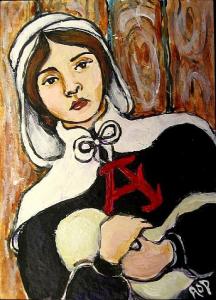 As the sexual misbehavior accusations accumulate in the world of politics, entertainment and business, prepare for the new Puritanism.

I have written more on this over at my main blog here, but suffice it to say that things really are changing. Liberal commentators have observed that the things liberal women were willing to put up with and gloss over in the nineties with Bill Clinton are not longer acceptable.

Furthermore, the news columns and opinions of people like Gloria Stenheim are being resurrected and are now coming back to haunt them. This article in the Atlantic rings the bell of reckoning.

What does this new and unexpected social phenomenon mean?

This is very interesting because, whether they like it or not, the modern women who take this view are echoing a very traditional set of values–ones which their great grandmothers would have recognized.

Its called modesty. In the past women were expected to draw the line, slap the man’s hand away and refuse a kiss until he was worthy.

While we are not quite to that point, I can see it coming. Women should continue to take pride and not only keep the predatory man at bay, but go the next step and refuse to have sexual relations with him unless he is interested in a continuing relationship, and for her own sake she should insist that the relationship be monogamous, that he should support her desire to have children and to do this they should stay together for life.

And that, by the way, is what we call Christian marriage.