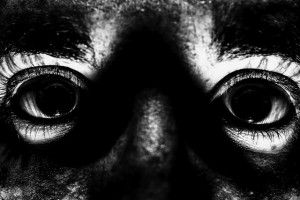 Before I was ordained I started a business training/personal development company and used to do work in prisons and schools as well as in management training. We would often talk about belief systems and I would say that everyone believed in something. One prisoner said, “Not me. I don’t believe in anything.” My reply was, “You have just stated what you believe in.”

What I mean by belief system is that everyone operates with a certain set of assumptions which they rarely examine. On this foundation of assumptions they construct a framework of beliefs which give order and meaning to their life, even if (paradoxically) their “order and meaning” is nihilism and anarchy.) Some people (like Catholics) have a very intricate and interlocking framework of beliefs which helps them specify, clarify and classify life’s mystery. Indeed many Catholics of the more conservative bent go overboard and feel they must organize and control everything with a rule here, an item of canon law there, here a dogma, there a doctrine, here a regulation, there a rubric. But we’ll save that condition for another day…

Instead, I’m interested in the human need for an underlying system that gives their life meaning and purpose. Humankind cannot bear chaos and true nihilism. The human spirit fills the void somehow and searches for some deeper pattern and meaning to it all–even when it is not conscious that it is doing so. This hunger in the human heart is a hunger for God; a deep longing to know, and be unified with that loving intelligence that orders all things. It is a hunger for the certainty that behind and beneath and within the mysterious and sometimes seemingly absurd events of life God’s hand is at work guiding and directing all things to a good and just climax and fulfillment. Abandonment to that Divine Providence is the end point of the spiritual life: to become so full of trust and love for God that we commend our whole selves into his care moment by moment even when we don’t understand what is happening–especially when we don’t understand what is happening. At this point we begin to live within the power of God and begin to dwell at the heart of the love that ‘moves the sun and all the other stars.’

The alternative is what human beings drift into when they either ignore or reject Divine Providence–and that is some form of paranoia. All of us (whether we admit it or not) believe there really is some sort of larger plan and underlying pattern, and if we accept Divine Providence, then we accept that there is a great and good intelligence that guides all things according to a plan and pattern far greater than we can understand. However, if we reject that Divine Providence (and many ‘believers’ who intellectually believe in the Divine Providence still are unable or refuse to submit to it) we still have the fundamental conviction that there is some greater power ‘behind it all’ but instead of seeing that power as benign and benevolent ‘The Power’ is something to fear. This inner fear is then projected outward and becomes the motivating force for all sorts and forms of paranoia. Continue Reading