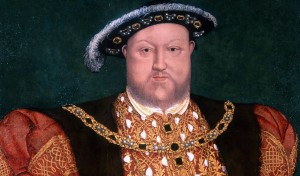 This article in the Boston Globe (of all places!) gives you the run down on Hiliary Clinton’s anti Catholic stance.

What I like about it is the comparison to Henry VIII

AFTER KING HENRY VIII broke ties with the Catholic Church because of a dispute over marriage, Catholics were treated very badly. Bishops were locked up. Monasteries were closed. Tens of thousands were executed in the bloody turmoil of the English Reformation.

All of which raises an interesting point: If the church wouldn’t change its doctrine for the king of England, what makes Hillary Clinton think she can change it? 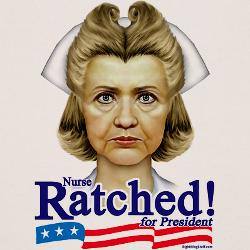 Clinton and Kaine exhibit all the terrifying ignorance of all ideologues. The ideologue is the ultimate example of self righteousness. In their view, they are right and their agenda is good so it must be imposed on others no matter what the cost.

Catholics are right to be wary of the Clinton machine. She and her husband have shown themselves to be ruthless in their grasp for power, and if they are this ruthless in their quest to re-occupy the White House you can be sure she will be just as ruthless in implementing her agenda if she gets into power.

Nurse Ratched will impose her regime with that creepy smile that masks the cunning and bitterness beneath the surface.

The article lays out clearly how the Clinton staff–Podesta, Palmieri and others–think the Catholic church must be “updated” and worst of all is Clinton’s running mate the CINO Kaine who supports abortion and same sex marriage and smugly assumes the Catholic Church will change on these issues.

Don’t these people get it? Clearly not. The reason the Catholic Church is still here and still going strong is because they have not changed on the core issues. The Catholic Church has been surviving dictators, tyrants and ideologues for the last two thousand years.

Good luck with that.

Further Reading: Can a Catholic Vote for Hillary Clinton?