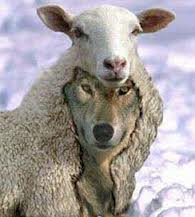 When I lived in England I had a very illuminating conversation with one of the high ups in my diocese.

It happened to be vocations Sunday and I commented on the dearth of vocations to the priesthood.

He smiled and said in that smooth way the English have, “Well that depends how you look at it. Many of  don’t believe we have a vocations crisis at all. If anything we have too many priests.”

I was shocked because my experience was that priests were aging and not being replaced and the parishes were failing and numbers attending Mass was dropping and part of this was due to the lack of priests.

The Monsignor went on to explain, “We are already too clericalized. If we had fewer priests the people would be able to run the parishes.” He went on to tell me how it was deliberate diocesan policy to cut back on the number of priests and to discourage vocations.

This certainly seemed to be true when we considered that some Catholic bishops refused to ordain any convert clergy from the Church of England and we were constantly frustrated and confused at the number of good young men who were turned down when they applied for the priesthood.

Then the monsignor explained another underlying reason for this policy: “You see, the Holy Spirit wants the church to have women priests. The Anglicans have seen this. Everyone else has seen this, but Rome won’t budge. If we have fewer priests, then the parishes can be administered by laypeople. They can do ninety five percent of what a priest does in the parish…”

I completed his train of thought, “…and if laypeople can do the job, then you can appoint women to run the parishes.”

It comes as no surprise therefore that the progressive Catholic paper The Tablet reports here about Sr Yvonne Pilarski who has been appointed as administrator of a couple of parishes in England.

The Tablet editors have long been in favor of the whole liberal agenda in the church and their news article makes no bones about the fact that they perceive Sister Yvonne as the parish priest.

Fr Paul Hardy said Sr Yvonne Pilarski, whose official title is “pastoral administrator” of Christ the King Church in Milton Keynes, had been universally accepted by the people.

“I’ve seen the congregation treating her exactly as if she was their parish priest,” he said. “They’ve taken it very well – she is obviously their resident person and that’s how she’s treated. If she wants something to happen, it happens.”

Not content to refer to Sister as being treated “exactly as if she was their parish priest.” he goes on and says, “She is very much the boss…She’s a very good parish priest – she has that feminine quality that parish priests don’t have.”

One is not surprised that the liberal Catholic churchmen in England have continued down this premeditated and engineered (and devious) route, but that they openly call Sister “a parish priest” is absolutely jaw dropping. Not content to blur the distinctions by appointing her administrator they confuse matters even more by calling her “the parish priest”.

I do not criticize my fellow Catholic clergy by name, but I will say here and now that the ten years I spent as a Catholic layman in England–working close up with the Catholic hierarchy makes me not surprised or shocked at all by this behavior.

Clergy can be devious and manipulative and secretive at times, and often they have a good reason to play their cards close to their chest, but a few members of the Catholic hierarchy in England  and Wales (those Damien Thompson calls “the magic circle”) are the most secretive, devious, duplicitous and schemingly oily inside operators I have ever come across.

This article is typical of their behavior.