Ross Douthat Lays Out the Evidence on Planned Parenthood

Ross Douthat Lays Out the Evidence on Planned Parenthood 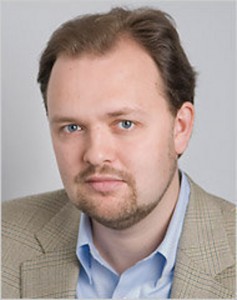 The videos from Center for Medical Progress have raised lots of emotions and passionate articles.

The essential argument of people like Dana Milbank here is that de-funding Planned Parenthood will deprive people of contraceptive services and thereby bring about more abortions.

Douthat crunches the numbers and proves him wrong.

So to be clear: In 2010 Congressional Republicans enacted a more modest version of the policy that Milbank believes will lead to many more abortions, and since 2010 the abortion rate has … fallen in almost every state in the union.

And you don’t have to just look at the 2010-2013 period. Depending on how you calculate things, the nationwide abortion rate has been in steady decline since either the 1980s or the early 1990s. Over that same period, inflation-adjusted Title X funding — again, the funding that is allegedly essential to keeping the abortion rate low — has dropped by 60 percent, according to the Guttmacher Institute’s estimate. So again, Congressional Republicans have been following precisely the policy course that Milbank insists will drive up the abortion rate, not for a few years, but for more than a generation … and the results have been, again, the opposite of what he predicts.

Legislation that cuts back on funding for abortion providers and limits abortion reduces abortion. It’s simple.

Douthat waxes eloquent and indignant at the smooth hypocrites who want to continue to fund the Planned Parenthood abattoirs while being “disturbed” by what goes on.

Tell me anything but this, liberals: Tell me that you aren’t just pro-choice but pro-abortion, tell me that abortion is morally necessary and praiseworthy, tell me that it’s as morally neutral as snuffing out a rabbit, tell me that a fetus is just a clump of cells and that pro-lifers are all unhinged zealots. Those arguments, as much as I disagree with them, have a real consistency, a moral logic that actually makes sense and actually justifies the continued funding of Planned Parenthood.

But to concede that pro-lifers might be somewhat right to be troubled by abortion, to shudder along with us just a little bit at the crushing of the unborn human body, and then turn around and still demand the funding of an institution that actually does the quease-inducing killing on the grounds that what’s being funded will help stop that organization from having to crush quite so often, kill quiteso prolifically – no, spare me. Spare me. Tell the allegedly “pro-life” institution you support to set down the forceps, put away the vacuum, and then we’ll talk about what kind of family planning programs deserve funding. But don’t bring your worldview’s bloody hands to me and demand my dollars to pay for soap enough to maybe wash a few flecks off.