Standing Up Against Sexism

Standing Up Against Sexism 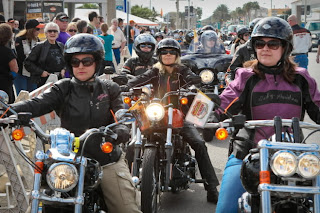 I have been challenged by a commenter to ‘stand up against sexism’.

Maybe ‘sexism’ means excluding women from certain jobs that are traditionally associated with men. Call me old fashioned, but I don’t think it’s a very nice thing to expect women to take on nasty and disagreeable jobs like being soldiers or policemen or fire fighters or septic tank cleaners or butchers or slaughterhouse workers or politicians or trash collectors or bankers or stockbrokers. These are dirty, filthy, and demeaning professions. Women are better than that.

I think a woman’s place is in the home. But then, I think the man’s place is in the home too. A woman was made to be a mother and a man was made to be a father. Everything they do should revolve around that vocation, and if a man has to go out into the world and provide for his family by doing some filthy, dangerous and difficult job like being a miner or a salesman or a truck driver or a telephone engineer or a college professor or a professional wrestler or a company vice president, then he should regard that job as a hardship he has to endure in order to support his wife and family.

One of the great lies of our age is that a ‘career’ is most important and that men and women must both pursue their ‘career’ above all else. This lie has been put about in order to get men and women to work harder and longer for less pay doing things they don’t really like to please people they don’t really like. It’s the saddest thing in the world when a person wakes up in their forties to realize they have been slogging away for twenty years to succeed in a ‘career’ that they never really liked in the first place.

Maybe ‘sexism’ is the assumption that certain jobs are ‘for women’ and other jobs are ‘for men’. It’s pretty hard to escape this altogether. I mean, a ballerina really should be a girl because they’re prettier and easier to lift up and twirl around. I think you really should have a woman sing the part of Gilda in Rigoletto for instance, and I think Romeo and Hamlet should be played by actors rather than actresses. I think men make better waiters and women make better nurses, and I wouldn’t like to see a man win the Miss America contest nor would it be a very nice thing if a girl became a prize fighter.

Men really are better at some things and women are better at others. They should do what they do best, but in the workplace there is plenty of room for flexibility and men and women should be given a fair chance to try any job, and should be paid equally for an equal job.

But then there are other ‘jobs’ which aren’t jobs at all. They are vocations. A vocation really is linked to a person’s gender. We can’t get around that. A man really can’t be a mother and a woman can’t really be a father. A man can be a monk, but he can’t be a nun. A woman can’t be a priest. It just can’t happen because a priest not only stands in for Christ, but he represents the ‘father’ in the faith community. A woman being a priest is like a man getting pregnant.

I am called on to stand up against sexism, and I admit to being confused about what exactly ‘sexism’ is. However, I suspect that what sexism really is, is a lie from the devil himself in order to further confuse human beings about the proper and beautifully complementary and loving roles of men and women. Satan wants Adam and Eve to be at war. He wants men to be confused about what it means to be men and he wants women to be confused about what it means to be women. He wants to blur the distinctions and make women masculine and men feminine. He wants the procreative functions of sex to be obliterated with artificial contraception and abortion so that women are no longer primarily mothers and men are no longer primarily fathers. He wants the masculine women to become lesbians and the feminine men to become homosexualists, then he wants the feminine women to ‘fall in love’ with the masculine women and for the masculine men to ‘fall in love’ with the feminine men-which is another way of saying they are really falling in love with themselves. All of this is part of the culture of death, and ‘sexism’ is one of his key concepts and stratagems.

In that respect, I can assure you that I am most heartily and firmly opposed to sexism.

UPDATE: For a wiser and less ‘smartass’ response to the role of women you should read Mulieris Dignitatem which you can find here.