The Boy of Bisley

The Boy of Bisley 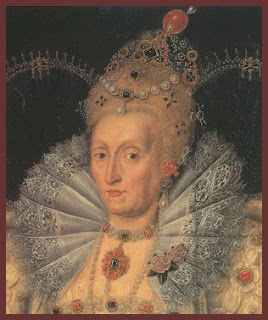 I have to admit to a quirky enthusiasm for conspiracy theories and eccentric historical legends.

Have you ever heard the old tale of the Boy of Bisley?

This is the story that the nine year old Princess Elizabeth was sent for safe keeping to the Gloucestershire village of Bisley to avoid the plague, and that she died anyway. The villagers–in fear of Henry VIII substituted the only other red haired child–a boy. They figured the child would die soon anyway and no one would be the wiser. The boy survived and the longer the hoax went on the more scared anyone was to tell the truth. Then, when it looked like the child might ascend the throne it became in everyone’s interest to keep up the charade.

This would explain Elizabeth’s 1. never marrying despite her need for an heir 2. her baldness and need for big wigs 3. her deep voice 4. her use of heavy make up 5. her appreciation for masculine sports like hunting 6. her extreme privacy and modesty 7. her insistence that there be no post mortem.

Am I a sad, bookish sort of person, or does anyone else out there delight in kooky historical legends, unconventional conspiracy theories and weird and wonderful hare brained tales?