The Little Flower and the Big Weed

The Little Flower and the Big Weed 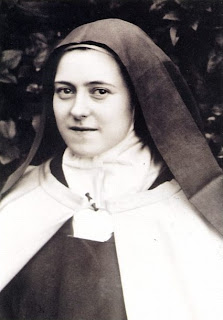 In all the discussion of how terrible (or not) the execution of Saddam was, maybe we didn’t pray enough. Remember the story of Therese of Lisieux’s answer to prayer with the murderer Pranzini. If she was a human little flower he was a most noxious weed.

In the early summer of 1887 Pranzini, was convicted of the murder of two women and a child. He was sentenced to the guillotine. The convicted man, according to police reports, showed no inclination to repent. Therese immediately stormed heaven for Pranzini’s conversion. She prayed for weeks and had Mass offered for him. There was still no change in the attitude of the condemned man. The newspaper La Croix, in describing Pranzini’s execution, noted the man had refused to go to confession. Then on September 1, 1887, as the executioner was about to put his head onto the guillotine block, the unfortunate criminal seized the crucifix a priest offered him and, the newspaper noted, “kissed the Sacred Wounds three times.”

Prayer is the foundation for all God’s work in our lives. With prayer we can change the world. Without prayer we cannot even change ourselves.

For that matter, what if we all just spent the same amount of time on our knees as most Muslims do?

Nuff preaching. Time for some 2007 resolutions.

Here’s An article I wrote some time ago. It discusses Therese of Lisieux’s method of evangelisation based on a life of prayer.