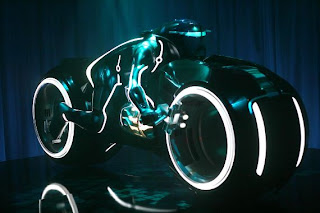 A reader sent me a link to a ‘church’ in Oklahoma City that has an annual ‘at the movies’ sermon series. As part of this event they transform their lobby into a sort of movie theme park. Go here to learn more about the American blend of Universal Studio’s Island of Adventure and church.

This is an extreme example of the increasing trend in American Protestantism to turn religion into entertainment. I wish I could say that Catholic parishes were immune, but alas, too many Catholic pastors, liturgists and music directors follow the same philosophy. The intent is sincere: “We want to break down the barriers people have about ‘church’ and help them realize that we are here to help them find a good life and hear the gospel and find Christ.” Sure. We also want to grow our church (and its budget) as big as possible, have the greatest, biggest, slickest church possible. We want a TV ministry, a radio station, franchises branch churches with the preacher appearing on hologram. Although we would ever say it we also want to beat the competition. Has Pastor Bob been serving his little Baptist congregation faithfully for the last twenty five years? It’s okay if we put him out of business by stealing all his young people, young families and middle aged earners with teens who like our cool approach to church.

After living in UK for twenty five years, and now back in the USA for five years–what disgusts me most about American Christians (and this includes most Catholics too) is how they have swallowed the culture in which they live totally uncritically, and they have then adapted their religion to reflect it. The epistle to the Romans says, “Do not be conformed to the world, but be transformed” and yet American Christians have gobbled down what I call the “Alpha American Achievement Culture” hook, line and sinker. It’s all about getting straight As, and getting into the ‘good college’ where we can get a ‘good job’ and find a ‘good spouse’ and make lots of money and beat the competition and have a life that is bigger and better than everybody else and we can be fit and have fake tans and fake boobs and fake smiles and perfect teeth and the perfect little family with perfect little children.

Tron Church is simply a symptom of the same illness. Christians busy everywhere conforming to the world. They turn worship into entertainment. They turn the gospel of repentance into a self help message to boost self esteem. They turn their ministry into a business and they neglect the cross of Christ in favor of a feel good religion that fortifies their comfort zone and excludes all those outside.

Well, it’s a false religion folks. It’s a counterfeit. I’d like to say that it is a good counterfeit–that it looks a lot like the religion of Jesus Christ, but I can’t even pay it that compliment. It looks about as much like Jesus Christ as Dolly Parton looks like Mother Teresa. This sort of religion is all hype and fakery and an artificiality as plastic as Dolly Parton’s wigs, smile and chest measurement.

What’s the answer? Not Tron but Tradition. It is the Tradition of the church down through the ages which helps us to avoid the temptation to turn it all into entertainment and self help and practical, sincere good ideas that are actually tacky, ephemeral and shallow. I was surprised when I read in The Spirit of the Liturgy when Ratzinger said that the liturgy was not a place to be creative. Then I understood what he meant–it is not up to me to fiddle about with the liturgy or the teachings of the church in order to make it all attractive and easy. Instead we observe the teachings of the church as best we can. We preach the precepts of the church and the old time religion of repentance, forgiveness and grace. We try to celebrate the liturgy as it has been done down through the ages. We respect an renew and admire and love the age old devotions and prayers of the church.

American Tron religion is like one of those big, plastic yachts you see moored in Palm Beach or Charleston. Big, tacky, showy and glitzy. The Catholic faith is like one of those big old fashioned cruise liners. It may be a bit rusty and shabby in places, but it’s got ancient splendor, a crew who may be old and cranky at times, but who know their stuff, an engine that thumps away slow but sure, and most of all, a captain who knows how to bring the boat and her passengers through a storm to home and safe haven.