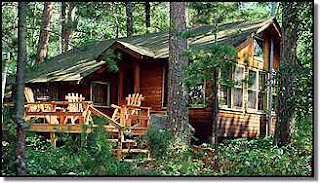 Thirty years ago I was a student at Bob Jones University. On Saturdays we were allowed to do part time work for residents of Greenville to earn extra money. We lined up on the pavement and cars pulled up with folks who needed odd jobs done. One morning I got in the front seat and met June Reynolds.

June was in her sixties. She had lots of white hair and a radiant smile. She wanted me to dig a ditch and plant a bush. She lived with her husband in a tiny cabin in the woods behind the local Poor Clare convent. June and I hit it off and she asked me to come every Saturday to help. So, in the middle of an environment that was often stressed and negative God gave me an oasis of calm and intelligent peace. I soon learned that June’s daugher was one of the nuns at the convent, and that June and her husband had retired there to be closer to her. It also turned out that June was something called an ‘oblate’ at a Benedictine monastery in Washington DC. It also turned out that June was quite an eminent lady in her own right–a former professor of botany at George Washington U.

I had been brought up in a family that was not anti-Catholic per se, but we certainly thought that Catholics needed to ‘get saved.’ June was the first Catholic I met who took her faith seriously. She never preached to me. In fact, we never discussed religion. All she did was take a real interest in me. She was close to God through a life of deep prayer, and she showed me the unconditional love of God. She never did this in a spectacular way. She simply welcomed me into her life and took an interest in me. When I went to Oxford to study June lent me some money. When I was ordained as a priest she told me that the loan had been ‘paid in full.’ She wrote regularly and said she thought I might be interested in visiting a Benedictine monastery. I took her advice and got in touch with my local monastery in England and paid a visit.

Without my knowing it, June started me on the road to Rome. Through her influence I started to meet lots of Catholics who had a level of faith that was deeper than any I had met before. I encountered the beauty and depth of the monastic tradition. I opened up to new forms of prayer and liturgy. As I entered the Anglican ministry I was on a trajectory that was increasingly Catholic, and when that trajectory finally took me to the banks of the Tiber, June was still there observing my progress. The first book I had published was a collection of English conversion stories called The Path to Rome. On holilday in Greenville, I went to visit June and took the book. By now she was in her nineties, in a nursing home with Parkinsons.

Bright and alert as ever she said, “Dwight, where’s my book?” I had dedicated the book to June, and she took it with pride and said with glowing eyes, “Dwight I’m so glad you’re a Catholic now, and I’m grateful for the book, but we never talked about religion did we?”

Tucked in her little cabin in the woods, June was a powerful presence because she prayed, and because she loved God and loved others. She had designed her cabin, and it was an image of her life: simple, dignified, beautiful, natural and free.
June died a few years later and I flew in from England to attend the funeral. Her daughter said in a letter, “Don’t come because you think no one will be at my mother’s funeral.” She was right. The place was packed. Of course I wasn’t the only person June had helped. There were people of all ages and social and racial backgrounds. Among other things from her little cabin tucked away in the woods in Greenville South Carolina, June Reynolds had funded and helped start a Benedictine convent in Africa.
When I told her daughter the strangely wonderful things that were happening regarding our return to Greenville she said, “I think my mother has something to do with that!” She was right. When I came to Greenville earlier this year to do a trial stint at St Joseph’s School I started work on January 3. I had brought with me the prayer card from June’s funeral, and when I casually took it out to re-fix it in its frame I saw that the anniversary of June’s death was January 3.
Today, by God’s providence I have been brought back to Greenville to be a Catholic priest. Much has been made of my returning to the HQ of Bob Jones University, but for me it is more important that I am returning to June’s cabin in the woods.

The nuns have asked if I would like to spend there day there for the last part of my ordination retreat.