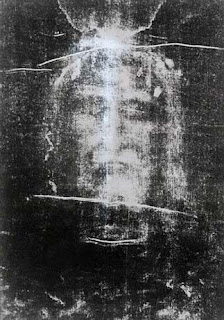 A new study released this week by a team of Italian scientists has given further evidence for the Shroud of Turin’s authenticity. This article from the Daily Telegraph reports a new approach to shroud studies. The scientists set out to replicate the mysterious images on the cloth, and found that the only method that could create the same kind of image was ultraviolet light–described as “some form of electromagnetic energy such as a burst of light at low wavelength.”

This is good news for shroud believers (which I have always been) and reminds us that in the midst of debates with the atheists and agnostics we must always return to the resurrection of Christ. The whole argument for Christianity has been and always will be the resurrection event. Either it happened or it didn’t. Those who wish to think through the question of the Christian faith must examine the evidence.

The Shroud of Turin is not proof of the resurrection, but it is an intriguing reminder that the evidence must be collected and sorted. Those who doubt the Christian faith seem happy to dismiss the resurrection with a wave of the hand based on rationalist assumptions that miracles don’t happen. Otherwise intelligent people use David Hume’s stupid statement that “Miracles don’t happen because miracles can’t happen.” In other words, my philosophical worldview does not permit miracles. Therefore miracles do not occur. And this from people who object to “blind faith”? C’mon.

But these magnificent claims are watered down and the risen Lord is turned into some sort of spineless social worker–a martyr for a cause and an admirably naive and idealistic Jewish rabbi. If that is all he is, to hell with it.