Why Ted Cruz is the Smartest Wolf in the Pack

Why Ted Cruz is the Smartest Wolf in the Pack 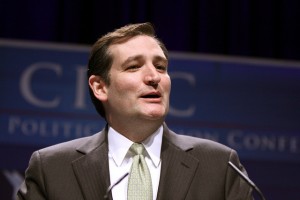 OK. Right up front in case anyone is getting all nervous about a priest commenting on politics: This is not an endorsement of Ted Cruz. Stop biting your fingernails. I’m not telling you to vote Republican. I’m not saying Ted Cruz is a great guy or would be a great president.

However, I am commenting as an American citizen on what is one of the most interesting presidential elections in living history.

It interests me because Ted Cruz is one very smart guy. You only have to check his credentials: his history as a college debater, his record as a lawyer, and his savvy work in Congress to realize that he is not a dull knife.

Here’s what he’s done smart: first he got elected as a Senator to give him enough political experience in Washington to be credible, but he maintained a reputation in Congress as a maverick, an outsider and one who was challenging the system. Consequently he is able to satisfy people who want both a man with experience and an outsider.

Second, he understands the mood of the electorate. They desperately want a change from the same old corrupt Washington-Wall Street ruling elite, but they feel betrayed by Obama who promised such a change, but didn’t deliver. Most of all he understands that the “silent majority” in America are really, really fed up and not only fed up but threatened. They’re angry and scared. Cruz understands that. He therefore understands their attraction to the overblown rhetoric of Trump and is delivering the same message, but seems to do so with sanity and experience and seeming restraint.

Therefore Cruz has positioned himself as the “sensible and experienced Trump.” He played it as if he and Trump were pals–which makes a good number of Trump supporters regard Cruz as the conservative who can actually win–even the conservative with Trump’s implicit endorsement. Furthermore, Cruz’s experience and debating skills will eventually win the gut level Trump supporters over to his side once they start thinking things through.

Cruz also understands the Evangelical vote. He knows how many of them don’t have any time for a thrice married casino fat cat who makes flippant remarks about how much he loves God. Cruz also knows that his “New York values” jibe was not a mistake in the flyover states, and that’s where he will get the support he needs. He knows how much the heartland voters love both an outsider and an underdog. He will therefore paint himself as the “son of immigrants”–refugees from Communist Cuba. He will paint himself as the typical immigrant boy made good who was smart enough and worked hard enough to eventually be president. He will paint himself as a son of Texas–the Southern heartland, and believe me–he knows how potent this image is for Americans. Look at every president since the second world war. Each one–with the exception of Bush Sr. (who went on to lose the White House) has portrayed himself as a down home boy made good. Even Bush Jr painted himself as a Texas rancher not as the East cost Ivy League boy he really was.

Finally, look at the way Cruz has finessed the Trump threat. Continue Reading