If Charles and Diana Had Been Catholic…

If Charles and Diana Had Been Catholic… 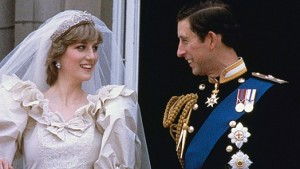 …could their disastrous marriage have been declared invalid?

This article in today’s Daily Telegraph reports from a recent biography of Prince Charles that both he and Diana got cold feet the week before the big wedding.

The Prince of Wales was racked with such doubts about his doomed marriage to Diana, Princess of Wales that he told an aide on the eve of his wedding: “I can’t go through with it,” a new biography reveals.

Both the Prince and his young bride-to-be entertained thoughts of calling off the wedding because each knew that their relationship was deeply flawed.

While the then Lady Diana Spencer knew the Prince held a candle for Camilla Parker Bowles, her groom panicked that he was rushing into marriage with a girl he hardly knew.

Lady Diana later told her own biographer Andrew Morton that she confided in her sisters, telling them: “I can’t marry him, I can’t do this, this is absolutely unbelievable.”

They told her it was too late to pull out because “your face is [already] on the tea towels”.

But, says Mayer: “She had no idea her bridegroom also had to be coaxed to the altar.”

Another inside source  told Prince Charles that if they had been Catholic they would have received a decree of nullity.

Which raises the question of annulments in the Catholic Church. These are often derided as “Catholic divorce” and cynics say that they are doled out to the highest bidder.

My experience of the annulment process is that it is very careful and considered. The marriage tribunals don’t do their work lightly. There are, doubtless, some abuses in the system and I expect wealthy and well connected people sometimes receive decrees of nullity more quickly than others.

What is an “annulment”? First of all, it is not properly an annulment. The Catholic Church does not annul a marriage. She declares that a marriage is null. In other words, the officials at the marriage tribunal examine a marriage to see if it was ever valid in the first place.

It is no good saying, “My husband beats me up every night” or “My wife is sleeping around with fifteen other men.” When it comes to deciding whether the marriage is valid or not, it doesn’t matter if your wife is a bad cook or your husband has joined a charismatic community church.  It doesn’t even matter if your wife is an axe murderer or your husband the head of the Nazi party. The officials at the tribunal are not judging the the behavior of the spouses or the conditions in the marriage presently,  but looking at the conditions on the day of the marriage.

Although the questions they ask are simple, the answers are often very complex.

The basic questions are, 1. Were these two people free to marry? If one or the other was married before, or if there are issues of consanguinity the answer may be “no” and the marriage is invalid. 2. Do both individuals understand what they are doing, and are they making a totally free choice in the matter? If not there is cause to suspect that the marriage may be invalid.

In the case of Charles and Diana, it now emerges that both of them were uncertain about the marriage. Both were pressured by family, by circumstances and by huge pressures much bigger than them. Diana’s sisters saying, “You have to go through with it, your pictures are on the tea towels” indicates the pressure she was under. The fact that Charles was already in a relationship with another woman that he allegedly had no intention of giving up is cause enough to question the validity of the marriage. Diana’s immaturity and psychological disorders would arguably have impeded a valid marriage from taking place. The huge pressure Charles, as heir to the throne was under to marry only a certain type of girl (a virginal English aristocrat) meant he was under extraordinary pressure from outside. The gigantic global media pressure on the two of them made things even worse. One doesn’t often feel sorry for royalty, but in this case you can’t help but pity the two of them. Free choice? There was not much choice at all.

The marriage of Charles and Diana is therefore an excellent illustration of the factors that cause many marriages to be declared null by the church. While their situation is magnified by their celebrity status and huge personal and societal pressures, there are many couples who enter marriage under similar and even more complex pressures.

All the more reason to properly catechize and prepare our young people for marriage so that the marriages they enter are not just valid in a formal way, but abundant, full and fruitful expressions of God’s eternal love being poured in and through the beautiful sacrament of marriage.