Pope Francis Should Back Birth Control?

Pope Francis Should Back Birth Control? 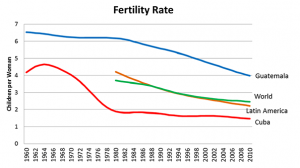 Writing here at the National Catholic Reporter, Jamie Manson argues that Pope Francis should have lifted the birth control ban in his recent encyclical.

Manson uses the usual over population scare tactics that we’ve seen in the famous 1968 shock horror “non fiction” work The Population Bomb. Do you remember? There was going to be mass starvation in the 1970s and 80s. Terrible civil wars were going to break out. Countries would be flooded with hungry immigrants on the rampage.

Except it didn’t happen. Instead humanity got busy and provided better water supplies, improved farming methods and the once famished populations in Asis are increasingly well off, well fed, well educated and well, pretty happy. Communism in Eastern Europe shifted gears and now enormous populations enjoy economic and political freedom. They too are better off, better fed, and better educated.

The countries that are still struggling are often not struggling for want of assistance. Billions of dollars of aid have been funneled into African countries over the years and the only reason they have not prospered more is because of crooks and criminals within their own countries who siphon off the aid dollars.

Manson trots out the tired old over population scare stories while overlooking the looming threat not of overpopulation, but under population. Has she never heard of the coming demographic winter? Population rates of replacement are actually dropping and in many developed countries (where they have enjoyed fifty years of artificial contraception and abortion) have already reached the point of no return. By the end of the century there won’t be any Japanese or English people, the Dutch will have disappeared and the Italians. Spanish and French will be fading. Russia and the countries of the Eastern bloc will not be far behind.

Let’s be clear, when Manson and others like her say they are in favor of relaxing the ban on artificial contraception you’ll always  notice that in the next paragraph they talk about “women’s reproductive rights” and that is always code for “abortion on demand”. I challenge anyone to find an advocate of artificial contraception who is also a strong opponent of abortion. Nope. The two always go together because they are the same pro death mentality.

I cannot understand why people who are as educated and smart as Jamie Manson cannot see the facts before our eyes: All we have to do is look at the populations of the developed countries that have used contraception and abortion for the last fifty years. We are dying out. European governments are facing a huge crisis of aging populations that are not being replaced because fertility rates and birth rates are plummeting. Abortion and birth control is a kind of long term societal suicide–and these folks want to extend this culture of death to the rest of the human race?

“I know!” they exclaim, “Within a hundred years we will have wiped out most of the white European population. Over the next hundred years let’s see if we can wipe out the rest of the human race.” Duh.

Manson argues for the Vatican to reverse its stance on birth control, but what would that achieve? Continue Reading