A Conference of Priests

A Conference of Priests 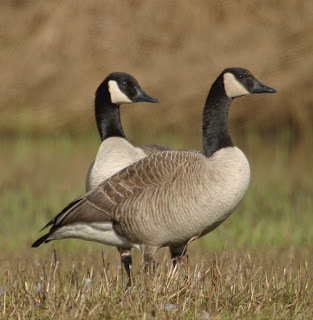 A skein of Canadian geese flew in,
circled around and settled on the lake.
They were a somber band, dressed all in black
with patches of white at their throat. Like foreign
agents, or soldiers of an élite corps;
they were leaders of the resistance,
bound by a solemn oath of obedience,
and a secret code of honor learned at war.

After grazing they gathered to confer.
I watched them clear for take off, then they flew
off on their secret mission—God knows where.
They flew by strict formation. How they knew
where they were going, or how to get there,
I cannot know; nor can I hope to see
their secret calling and their destiny.
I cannot grasp such preternatural things,
but as I watched them gather, land and fly,
I glimpsed in their majestic outspread wings
a force that reconciles earth and sky.