America: There May Be Trouble Ahead…

America: There May Be Trouble Ahead… 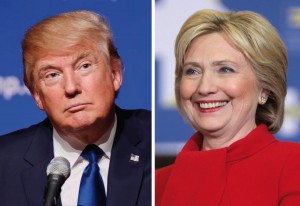 Whoever is elected president, I predict that America will enter into four years of turmoil.

The passions stirred up in this election have revealed an America more divided than ever before, and the divisions are bound to get worse.

All arguments are theological arguments. Its a soul problem. Its a spiritual malaise.

Here’s why: when people are not penitent they blame others for their unhappiness. Because of our fallen nature we believe (in our pride) that we are right, we are good, we are okay, we are the best. If this is the case, then when we are unhappy it cannot possibly be our fault. If it is not our fault, then it is somebody else’s fault.

So the default setting is that it is someone else’s fault.

You see how it goes: the gays are perverts. The straights are homophobes and bullies. The feminists are to blame. It’s the male chauvinist pigs who are to blame.

If we are not penitent then we must blame someone else. It’s logical.

If this is the problem, then the solution is simple.

“Only the penitent man may pass.”

Saying “Sorry, Yes. It’s me. I’m to blame. It’s may fault. I’m responsible for my problems.” That is the only way our country can avoid the division, strife, and (I fear) violence that lies before us.

If Donald Trump is elected he will not “Make America Great Again.” If Hillary Clinton is elected we will not go “Forward Together”.

The root cause of the division, hatred, bitterness and violence cannot be solved by presidents.

It can only be solved by personal penitence…