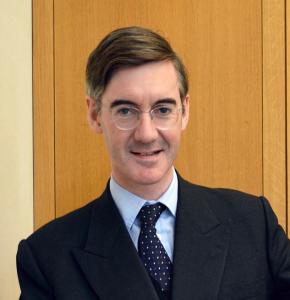 In England they say there are three subjects one should not bring up in polite conversation: sex, religion and politics. But of course, those are the three subjects that are most fascinating, and when the three are thrown together sparks inevitably fly. This is why media monsters like Piers Morgan (who professes to be a Catholic) enjoys stirring the pot whenever he gets the chance.

He did so recently with English parliamentarian Jacob Rees-Mogg. Rees-Mogg, who has been tipped as a future conservative Prime Minister, is a faithful Catholic who intelligently defends Catholic teaching while being careful to distinguish between his personal religious beliefs and the law of the land. In this television interview Piers Morgan, in his usual bullying style, grills Rees-Mogg on various topics, including abortion and same sex marriage.

What heightens the tension of the interview is the fact that during the summer another British politician—Tim Farron, was hounded out of the leadership of the Liberal Democrat party after admitting that he believed personally that homosexual acts were sinful. Farron had actually voted for the extension of civil rights for homosexual couples, but he stepped down from his leadership role rather than publicly compromise his personal beliefs.

Rees-Mogg’s grilling, and the media persecution of Farron has exposed in England, a clash between Christian morality and politics that echoes down through history. In supporting the Catholic church’s teaching on marriage, Rees-Mogg insists that he is not opposing same sex marriage. While Piers Morgan attempts to steamroller the argument, Rees-Mogg stuck to his subtle guns and said his was the same argument as St Thomas More, who in the face of Henry VIII’s adulterous intentions, insisted that he supported the Catholic Church, but did not openly oppose the king.

The treatment of both Farron and Rees-Mogg should be a warning to culture warriors, that just because the progressives have attained abortion on demand and same sex marriage does not mean that there will be peace. The case of St Thomas More and Henry VIII is an important precedent. More resolved to be silent in his dissent. Like Tim Farron he stepped down from public office. Like Rees-Mogg, he accepted the law of the land while personally dissenting from it.

However, Henry VIII could not tolerate even silent dissent. More was eventually arrested, imprisoned and executed. Likewise we should not expect today’s tyrants—the progressive secularists, to tolerate silent dissent. While they may not choose imprisonment and execution as their tools of oppression, they will use lawsuits and legislation.

There are a couple of factors that produce the most powerfully positive blend of religion, sex and politics. First, as Rees-Mogg tried to assert, the Christian politician should stand for a real good, not simply oppose a perceived evil. Vice President Pence, when speaking to this year’s March for Life, gave a good example of this principle when he said that he was not simply in favor of de-funding Planned Parenthood, but was in favor of funding proper health care for women.

Secondly, Christian politicians should listen to their opposition. Continue Reading