Why Is There Disaster not Disneyland?

Why Is There Disaster not Disneyland? 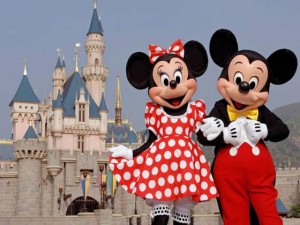 The better question is “Why is there anything at all?”

if I was arguing with Fry I might point to the fact that a universe without natural evil wouldn’t have Stephen Fry in it, because the very existence of Stephen Fry (and Ben Conroy, and Michelle Obama, and Justin Bieber) depends on the universe being like this, rather than some other way. I might argue that God might very much want Stephen Fry (and all the other particular people on the earth) to exist, and that this might be a large part of why the universe is the way it is.

He’s scratching at an itch here which got me thinking further on the larger questions about evil.

Ben Conroy is right that the first criticism of Stephen Fry is, “Well, thank you for that Stephen. You have raised the problem of evil in the world and yes, people have had similar struggles down through the years…”

So let’s begin with another question that Stephen might be asked in his sophomore year: “If God is perfect and good why didn’t he create a perfectly good world?”

The way to answer that question is to ask what a perfectly good world would look like.

Surely a perfectly good world would be like Disneyland would it not? Is that really the sort of paradise we want to live in? Would it be real?

No. For it to be always and everywhere totally perfect and good and happy everything would have to be programmed to run properly and efficiently and happily. It would be like the fake world in The Truman Show–where–if you remember the movie–there were no shadows anywhere.

Now, freedom cannot exist without the possibility of making a bad choice. Any parent who has given the keys to the car to his sixteen year old son knows the trepidation as he waves good bye. “That dumb kid is in charge of two tons of deadly steel going at sixty miles an hour! Aaaaaargh!” Nevertheless, because God created a good world he had to take the risk.

It gets more interesting. Continue Reading.