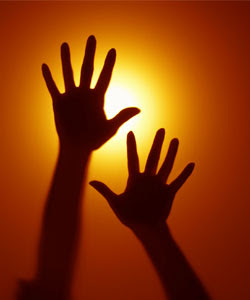 An interesting discussion has been developing in the combox of my most recent post. One commentor said he left the Catholic Church because it was legalistic and he became a non-Catholic charismatic because that’s where the miracles are happening.

That’s funny. I left the Protestant church and became a Catholic for the same reason: Protestant fundamentalism was legalistic, and I went to Medjugorge, saw the sun spin, heard about the visions and then learned more about miracles in the Catholic Church: incorrupt bodies of saints, saints that levitated, saints that cured people, Fatima, Lourdes, etc etc etc. Then I learned about the everyday miracle of the transformation of ordinary bread and wine into the body and blood of Christ at Mass.

Actually, that’s not the only reason I became a Catholic, but my point is that you can find legalism and miracles in most any expression of Christianity (except modern liberalism which has neither) Because of this you can’t really make the lack of legalism and the presence of miracles your criteria for choosing a church can you?

There are a couple of other problems with making the presence of miracles your criteria for choosing a church: the first is that these things are notoriously slippery and subjective. Was it really a miracle? Did the person stay healed, or did they have a relapse? Did people really rise from the dead? Were they really dead in the first place? How do you know the ‘miracle’ is of divine origin? Maybe you are being misled by the devil. An example is the so called ‘Toronto blessing’ some years ago. Was it really the Holy Spirit that caused people to go on all fours, grunt like pigs, howl like dogs and moo like cows, and if the origin of that Evangelical charismatic miracle can be called into question, it is fair to be somewhat skeptical about miraculous claims elsewhere. I’m not denying miracles, mind you, just wishing to be properly skeptical about them wherever they occur, and because of this, saying that seeking after miracles as the proof for the authenticity of a church is especially tricky.

Finally, what does the gospel say about it? It seems pretty clear to me: Matt. 12:38-39 says it was the Scribes and Pharisees who asked for a miraclulous sign, and Jesus said they were a wicked and adulterous generation and they would only be given the sign of Jonah. Which is, of course, the resurrection. I think it was also King Herod who wanted a miracle as proof wasn’t it?